In my first job after college I worked as a junior financial analyst, covering media and technology stocks. Every month our firm held large “Investment Analyst Meetings,” where an analyst would present a point of view on stocks or trends they’d been researching.

It was somewhat like pitching on Shark Tank, as the goal was to crowdsource the truth by asking critical questions. But in this case the pitches were to a large audience of peers. Anyone in the department was welcome, so I tried to attend often — regardless of the topic — to learn as much as possible.

At one such meeting, an analyst was trying to predict how the smartphone market would develop. Today it feels like we’ve been living in the iPhone-Android world forever, but at the time there were at least 5 legitimate players in the market, including Microsoft Windows phone, the Palm Pre, and does anyone ever consider how popular Blackberry phones once were? 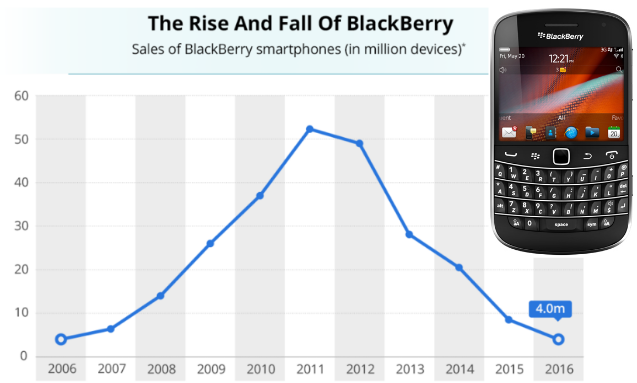 Back then the smartphone market was a wide-open space, and our firm sought to analyze which stocks would be the eventual winners. The analyst who covered Apple made a strong case for the iPhone, and the term “escape velocity” was spoken at least once.

“I think Apple is going to absolutely dominate this market. Soon the number of iOS competitors will diminish from more than four to just one, and Apple will own a lion’s share of the profits. Therefore, Apple stock is worth $2,000 per share, though it trades in the $150 range today.”

Perhaps that person would have been laughed out of the room, but in the long run history would prove them right. (Note: due to stock splits the numbers above may not align with current charts, but they are accurate both directionally and proportionally).

The role of a stock analyst is essentially to make predictions about the future. Understandably it’s a very hard task. Perhaps that’s why so few offer unwavering convictions, or the simple courage of independent thought. There is also a strong “herd mentality,” whereby financial firms feel pressure to align with whatever Wall Street thinks.

I personally felt that pressure as a junior analyst, despite working at “an independent research firm.” Some of the stocks I covered were broadcast TV and newspaper companies whose prices were battered during the recession. All the tools at my disposal — including the firm’s valuation software — suggested one of the stocks was worth about $10 per share. However, Wall Street consensus was $3 per share.

After a few weeks of being “too far from the street,” my superiors more than gently encouraged me to revisit my thinking. Dutifully, I lowered some of the numbers in my model, which changed our published price target to $3. Within a year that stock was trading above $10, which meant following the herd cost our investors an opportunity to triple their money.

Which brings me to Amazon. I think both stories offer lessons to be considered when evaluating Amazon’s stock. I’ve tried to offer real-life examples of how analysts skew conservative in predicting the future, especially when assessing something new or unprecedented.

Given that Amazon consistently offers new and unprecedented things, it follows — simply but powerfully — that analysts are likely to undervalue Amazon’s future success.

No one ever gets fired for underpromising. If Amazon “beats” expectations that are too conservative, investors will still be happy. Little attention will be paid to the gap between analyst predictions and actual results. The analysts will simply raise their price targets, and the Wall Street “herd” will live to graze another day:

Perhaps you were hoping for a deeper analysis of why Amazon is undervalued currently — based on today’s price — rather than the behavioral psychology underlying why I think Amazon will always be undervalued (so long as it continues to innovate and enter new markets).

If that’s you I encourage you to read “Thoughts after 10 Years of Investing,” a thoughtpiece I wrote nearly one year ago to recommend Amazon to close friends & family. At the time Amazon stock looked expensive at $990; it has since grown more than 60%. If the price ever matches the image above, then anyone who invested near that time will have doubled their money. Imagine if my theory that analysts are conservative also turns out to be true. . .